What an amazing day viewing a specially created exhibition of Blake’s original Job engravings and then an extraordinary private showing and explanation of one of the contemporary Australian masters of Visionary Imagination, Brett Whiteley- at the Studio where he worked during his lifetime. While it was a small group we were very lucky to have the care and attention of the curators of both exhibitions. Blake’s series presented as a whole and as the original print series, helped us to see the progression from Job’s role as an establishment Christian in which a true connection with the sacred had been replaced by morality and a kind of life denying (certainly music-denying) piety 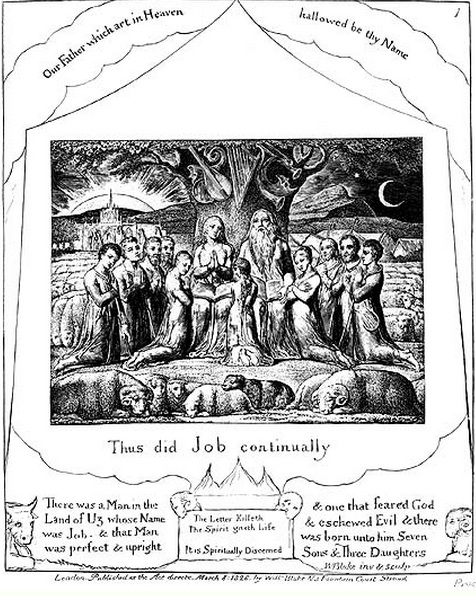 through to an openness to the world around and the cosmos beyond, and to music 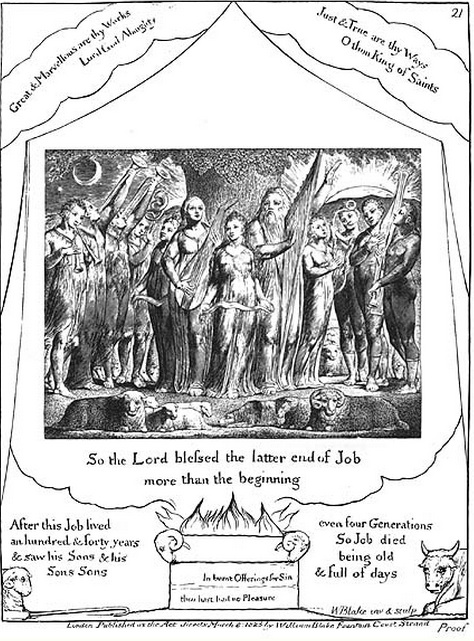 How does this transformation take place for Blake? Blake presents two visions of God in this series. There is God the tyrannical father who is represented in Plate 11 as the cloven- heeled, punishing devil: 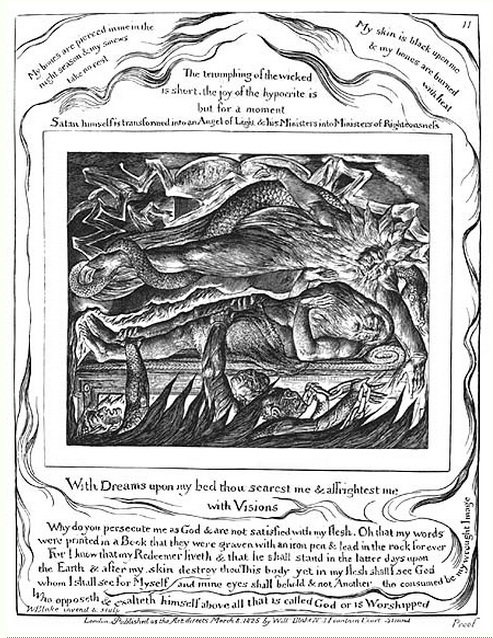 This plate (together with 3 other key plates in the series is currently being exhibited upstairs in the gallery in the special exhibition on European Prints from 1700 -1900- so if you missed out on seeing the Blake etchings at the gallery you WILL be able to go and see this group upstairs). In this plate there are those memorable words spoken by Job in the original text which gave Blake the impetus, the extraordinary privileged sense of purpose, to engrave Job’s story himself- following Job’s injunction as it were:

Then there is God the son, Jesus, the holy imagination, towards whom Job is propelled by the young Elihu in Plate 12, by being told to open his heart and eyes to Vision, and to turn away from moralizing Christianity: “For God speaketh once yea twice & Man percieveth it not…. In a Dream in a Vision of the Night… Then he openeth the ears of Men…”:

This is the beginning of the transformation, the opening which leads Job to a totally new vision of the divine… a vision which the original Job in the Old Testament probably never expected. Blake has transformed the Old Testament Job into a Job for his own and for our own times! 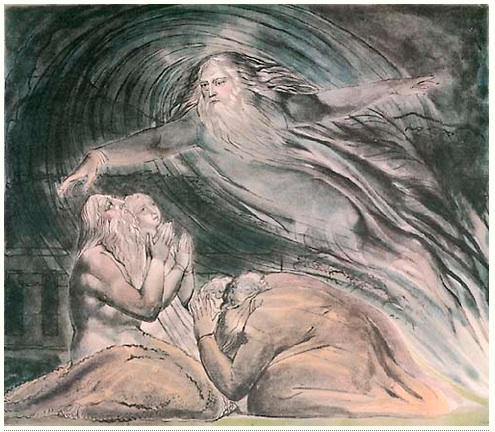 And the Australian artist who in one sense picked up where Blake left off was Brett Whiteley, who in his massive, all-encompassing painting “Alchemy” traces the artist’s journey through life, from conception to death, and illuminates the way in which a life can be filled with radiations of creative purpose and vision if it turns away from the moral restrictions that inhibit the soul. This painting is a kind of anarchy, but it is an anarchy of the spirit, one which celebrates the way Vision can fill a life with wonder and joy in and for the created universe. This painting has to be seen life-sized! It fills two whole walls of the Studio. The Studio is open from Friday to Sunday from 10-4 pm. I would strongly urge everyone to go at one of these times. This is an extraordinary world of art that will help you deeply understand what is meant by Visionary Imagination.

Blog Questions for this week:

Q.1 Give a brief account of your experience of Blake’s Job engravings saying how they affected you personally and what meaning you draw from them for your own life.

Q.2 Apply question 1 to your viewing of Brett Whiteley’s “Alchemy”.

Q.3 From today’s discussions and viewing can you say what art is? Is it a mirror to the world that is by definition anarchic? Can it be a force for saving the world from its own destructiveness. Write a short answer to this drawing on what you learned about either Blake or Whiteley or both.