Today we explored the writing of a group of impressive women writers who dared to challenge the stereotypes: Ada Cambridge (1844-1926), Louisa Lawson (1848-1920), Barbara Baynton (1857-1929) and Dame Mary Gilmore (1865-1962). All these women wrote passionately about their sense of being trapped within a male-dominated world in which women were treated with little dignity. Their voices still carry a powerful reminder to Australian men to be less cock-sure. All these women were disturbed by their experience of men who lacked real inner strength:

He said he was strong. He had no strength

But that which comes of breadth and length.

He said he was fond. But his fondness proved

The flame of an hour when he was moved.

He said he was true. His truth was but

A door that winds could open and shut.   Gilmore, “Eve-Song”

Henry Lawson, on the other hand, in his famous story “The Drover’s Wife” was able to present a portrait of a powerful, stable woman, capable of managing a household and a large family in the absence of her husband. Lawson no doubt inherited his vision of women’s capability from his own very capable mother Louisa.

We also explored visions of Australia at the turn of the century in Bernard O’Dowd’s mysterious poem “Australia”, contrasting this with Henry Lawson’s “Faces in the Street”. O’Dowd, in line with many writers in his time, raises big questions about where Australia is heading given its strong financial ties to England. Is it just going to become a clone of England “where the West… rebuilds her fatal nest?”, where Mammon is going to rear its ugly head? The predictions seem to have been realized in the context of so many of the dollar-driven decisions being made by modern Australian governments. Henry Lawson, desperate to hear “a cure” for “the wrongs of the Earth” has a vision of a republican revolution that rectifies the imbalance of wealth in Australia:

…. I beheld a city’s street

And in the warning distance heard the tramp of many feet,

To a drum’s dull distant beat…

The human flood came pouring with the red flags over all

And kindled eyes all blazing bright with revolution’s hear,

In dramatic contrast to these visions of Australia’s future some of us examined John Shaw Neilson’s visionary poem “The Orange Tree” in which he dramatizes a conversation between a young girl who is opening herself to an almost mystical experience in “listening” to the wordless “sound” that comes from the Orange Tree upon which she is gazing. It is the contrast between her attentive stillness and the verbose insistent questions that come from the other speaker in the poem that makes the young girl’s experience ring so true. In the last line of the poem she has gone past listening to the tree, she is now “listening like the Orange Tree”, as if she has recovered an essential union between herself and nature, something impossible for someone so stuck in words and images as her interlocutor. It is almost a poem that is anti-poetry in its quest for meaning beyond words. It is very much in harmony with T.S. Eliot’s famous quote from his Four Quartets: “Words reach into the silence”. 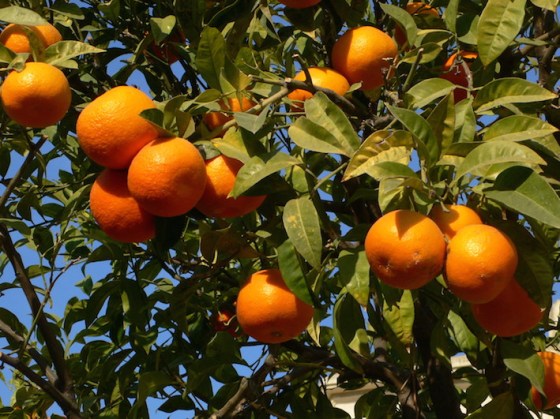 1/ Take a line from a poem that we have explored in class this week. Use this line as your first line and build a poem on it basing it on an aspect of your own experience. If you can try to maintain the rhythmic pattern of the poem you have quoted from.

2/ Write a letter to one of the women writers covered this week (Ada Cambridge, Barbara Baynton, Mary Gilmore, Louisa Lawson) and tell them what you think about their writing on behalf of women in Australia.

4/ Create a topic of your own basing it – if possible- on your experience in literature class.

5/ Write your poem of what you see as you look through that orange tree at the deep orange coloured fruit into the brilliant aqua blue sky behind the glistening dark green leaves…..