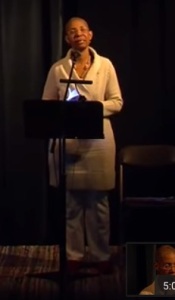 Marlene Nourbes Philip and Salman Rushdie are both committed to expressing the ways in which writers can express freedom through both embracing aspects of the culture they are living in and holding onto the narratives, the modes of thinking of their own cultures. Marlene in her “Discourse on the Logic of Language” powerfully dramatizes the way in which the dominant masculine (penile) culture of England (British English) encloses and threatens to extinguish the inner life of those who happen to have been colonized (like herself). Her poem, like Orwell’s “Politics and the English Language” strategizes a way through this imprisoning force and shows how language used musically, poetically, feelingfully -and juxtaposed against samples of discourse that are opposite in their tendencies- such musical, poetcial language can, in itself, be a powerful freeing antidote!

1/ Chose one of the most recent writers we have been discussing in the last two weeks and write a paragraph on the relevance of their concerns to the contemporary Australian situation.

2/ Write a short narrative exploring, explaining the issues of cultural tension and language that you are faced with in your own personal situation. Maybe the writers we have studied will have released some new understanding? Maybe you might even find a poetic voice to express your new understanding. You could even use Marlene Philip’s poem as a model to follow. 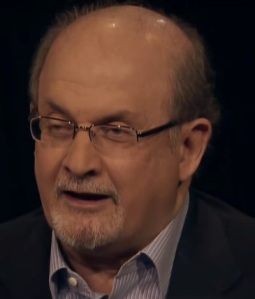 ← Test Post for 20th Century
The Sacred Poetry of East and West: at ACU at the end of November and early December. Dont’ Miss This →