Washington Square was our first port of call. This is the place where Henry James was born, where he lived and from which he composed an early masterpiece which we are studying Washington Square. It is a wonderful novel that champions women’s intelligence and shows the poverty of spirit of most males in their judgemental attitudes. Here we were gathering around the famous Washington Gate- with a wonderful shot of James Marland (literary and dramatic colleague and friend). It is he and I who have concocted this amazing opportunity for our students – AND for ourselves!:

Another view of WS from across the park with the Empire State Building behind (I think!). And the red buildings on the right (all with white marble staircases are- it is said- where Henry James lived. The house where he was born, we were told was pulled down. It was this event that triggered his disgust and made him take up citizenship in England:

We then wandered through Greenwich Village picking up anecdotes about all the writers, past and present who lived and worked in this district.

Here was a memorial to Thomas Paine from the time of the American Revolution:

Here was the house of Edna St Vincent Millay- particularly loved by our tour guide:

And here is a plaque commemorating the Theatre company that she founded near by: 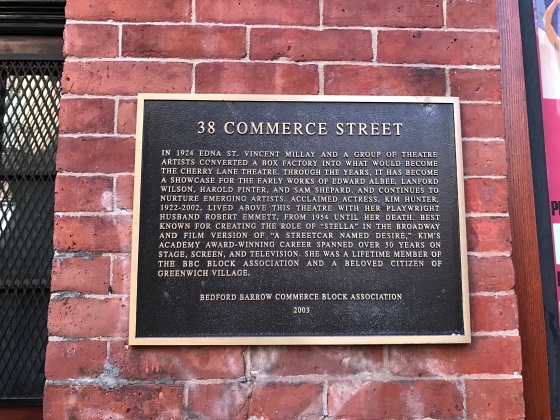 Here is one of our highly gifted tour guides waxing passionately about Edna St Vincent Millay quoting stanzas of her amazing poems.

Here was the plaque on the home of the amazing poet (in our anthology) e.e. cummings (check out his poem “Taxis toot whirl people moving”)

And here is the home itself: 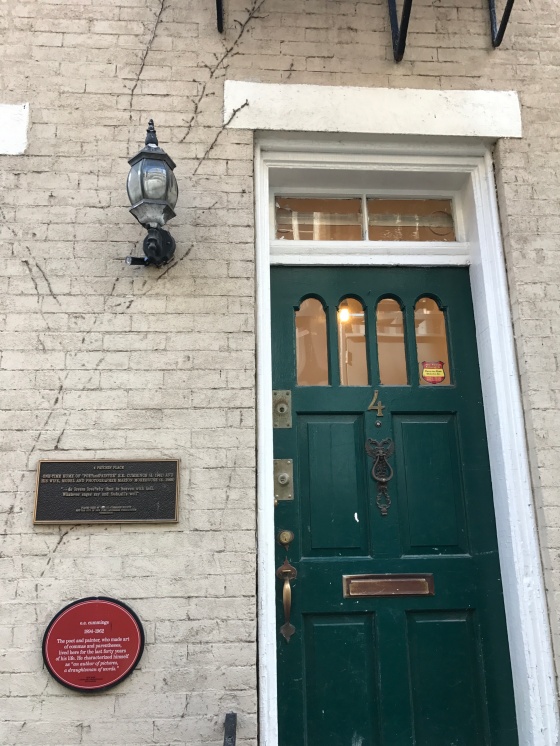 And this is where Edgar Allan Poe lived- just around the corner: 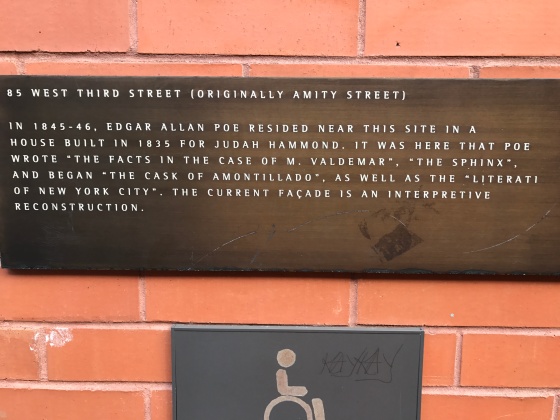 Then there were so many stories about where the Beat poets (Allen Ginsberg and Jack Kerouac lived) and where Bob Dylan and Jimmy Hendrix had their start in life. Here are a series of images from the back streets of both villages which encapsulate these worlds of the mid to late 20th Century: 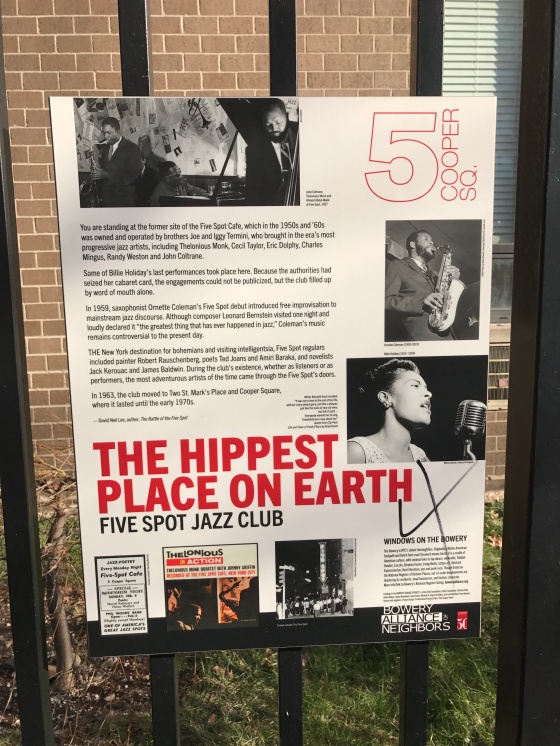 It was an amazingly rich and eventful day. Thank You New York Literary Pub Crawls: without the Pubs in this instance – with our underage students.

This evening we were off to our first Broadway production: The Waitress!

← New York: here we are! ACU students from Sydney, Brisbane and Melbourne
First Night with our group on Broadway: The Waitress! →