This is Shakespeare’s most imaginative and meaningful piece of theatre.  Today we began watching the Globe Theatre’s amazing recent production starring Roger Allam. This production takes you into the heart of the Globe Theatre and presents the play as close as one can imagine to how it would have appeared in Shakespeare’s own time. See the review at: http://www.telegraph.co.uk/culture/theatre/theatre-reviews/10036539/The-Tempest-Shakespeares-Globe-

The play entertains and confronts audiences with a whole range of deep issues and questions that continue to stir the human mind:

The fragility of human life, mirrored in the transience of the play itself “our revels now are ended…”

The importance of imagination in bringing human experience to its most creative heights: The Tempest  itself is such a work that dramatizes the transformation of negative into positive forces that might influence the wider world. 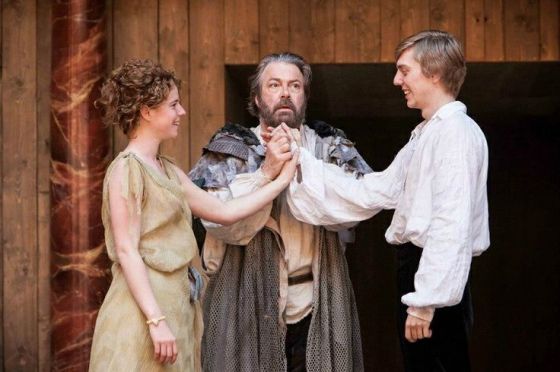 The role of politics and the role of the contemplative mind in worldly affairs.

The respective values of nature and nurture.

The need for forgiveness to triumph over revenge.

Blog Topics for this week:

1/ What are your first impressions of the The Tempest

2/ In the role of any one of the characters you have met in the play so far, give a brief account of what it is like being who you are.

3/ Say whose side you are on in the contest between Prospero and Caliban as it appears at the end of Act 1 Sc 2.

4/ Remember you can always create your own topics.

← The Importance of Being Earnest – Oscar Wilde
“Awakening the Sacred: through Literature, the Arts and the Arts of Meditation” Conference July 7/8 2017 →