Washington Square was the start of our literary tours around New York. This brought Henry James into focus and his wonderful early novel Washington Square which powerfully challenged the ethos of his day and found ways of celebrating those who don’t necessarily shine in the public arena. Catherine Sloper, who lived out her life in Washington Square, was in some ways a victim of the masculine ego, but her quiet life demonstrated a kind of living that was a dignified celebration of what it is to be truly human. Eric Chase – who runs literary tours throughout New York (CLICK) gave a great introduction to this first stopping point. Here is just a brief glimpse of Eric in action with our ACU group soaking up the information along with the atmosphere of the place:

As Henry James has his narrator say about Washington Square in Chapter 3 of his novel: “I know not whether it is owing to the tenderness of early associations, but this portion of New York appears to many persons the most delectable. It has a kind of established repose which is not of frequent occurrence in other quarters of the long, shrill city; it has a riper, richer, more honourable look than any of the upper ramifications of the great longitudinal thoroughfare….. ” This captures so well the sharp contrast between this place and the rest of the city…. indeed it has the quality of a sanctuary. Here is a row of houses very close to those described in the novel. There are also statues of Washington on this gate- the great democratic figure after whom this place was named: 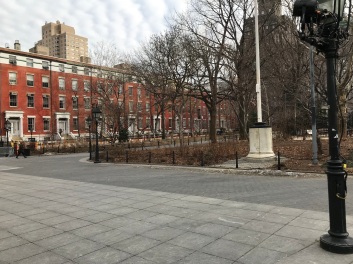 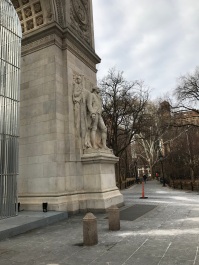 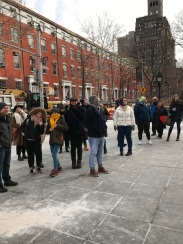 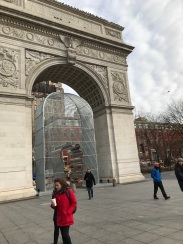 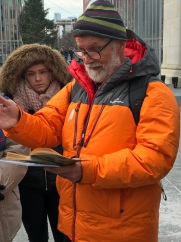 Here are some more snippets from both Eric’s commentary and my own reading of relevant sections from the novel – in situ!

From Washington Square we were taken on into adjacent Greenwich Village , the home of so much literary creativity in this city. The Village is the place that housed many great literary figures from the 19th & 20th Century: Tom Paine (friend of William Blake & driving force behind the American Revolution), Edna St Vincent Millay, e e cummings, Edgar Allen Poe. 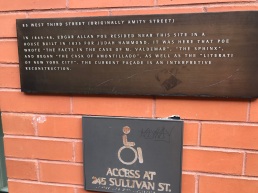 Here are some audio snippets from what Eric told us about these places:

But Greenwich Village was also the place where the Beat Generation flowered with Bob Dylan, Allen Ginsberg, Jack Kerouac, William S. Burroughs- all finding their creative feet in this landscape. Fittingly, this part of New York is the only part that did not get channelled into the grid system which has every street in New York fitting into a numerical pattern. The Village pre-existed that innovation and maintained its creative independence from the mathematicians! It reminds me a little of the significant geographical positioning of the South Bank in London where the great poets and playwrights of Shakespeare’s time could  look across with disgust at the icons of power and prestige, the Houses of Parliament, the Law Courts, even Saint Pauls Cathedral, on the other side of the River Thames! 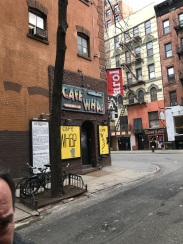 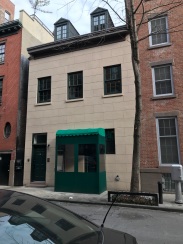 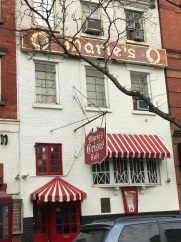 The other key writer who found his way into Greenwich Village was James Baldwin who, while starting out in Harlem, the sanctuary of African American artists and writers, found, when he “came-out” as a Gay African American, that he was not tolerated by his own community. So he fled to Greenwich Village. And it was here, in this very house that he wrote the best part of Go Tell It On the Mountain and, his colossal magnum opus Another Country which demonstrasted his capacity to view the human experience from multiple perspectives. There is no other writer like James Baldwin – and this is being increasingly recognized: 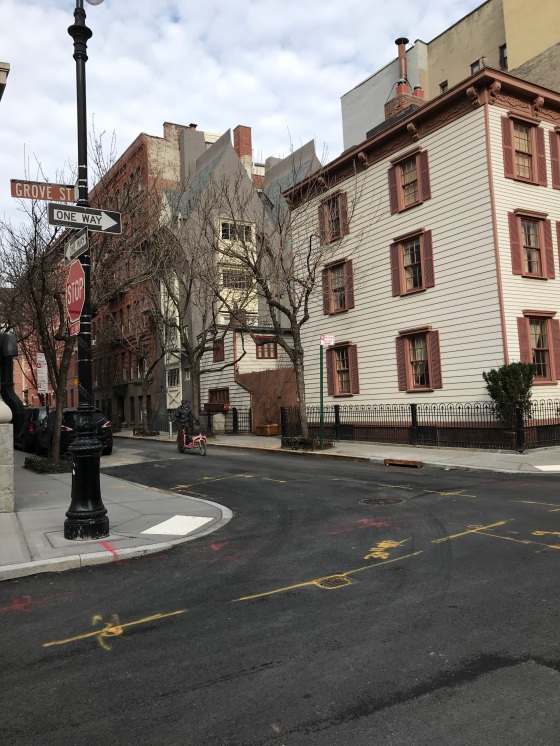 It was also not far from here that the house in which the Gay Rights Movement in America (CLICK)  had its beginnings, the Stonewall Inn: 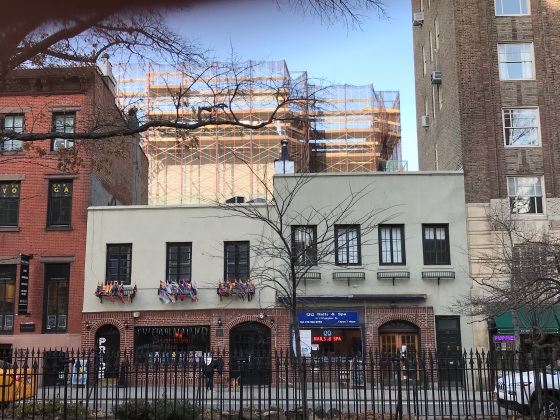 So this was one awesome introduction to the literary and radical cultural heart of New York. Tomorrow we go into Harlem to take a closer look at the seedbed of James Baldwin’s world and also the world that supported and nurtured the creative work of Maya Angelou, in particular her amazing autobiography I Know Why the Caged Bird Sings.  Alleluia!