One of the most exciting things I do several times each year is conduct literature students to the NSW Art Gallery to explore the ways in which paintings and sculptures can hugely expand our understanding of the way literature communicates meaning. One of my students (thank you Joey!) right at the start of our tour told us about a program he had heard which talked about the way literature and painting both use symbolism. Spot on! Literature and the plastic arts both use a whole range of comparable techniques and methods to communicate their visions. For example the texture of paint capturing the intensity of sunlight (or whatever) is mirrored by the texture of words (their sounds and the way they move in our mouths!!!!) as words bring events and symbolic meanings to light. Remember that wonderful poem by Galway Kinnell “Blackberry Eating” with its use of language that just sprang to life in our mouths- just like big, fat, juicy blackberries, but here filled with the symbolic meaning of black words on the page – just like blackberries!!! :

I love to go out in late September

to eat blackberries for breakfast,

the stalks very prickly, a penalty

they earn for knowing the black art

of blackberry-making; and as I stand among them

lifting the stalks to my mouth, the ripest berries

fall almost unbidden to my tongue,

which I squeeze, squinch open, and splurge well

of blackberry — eating in late September. 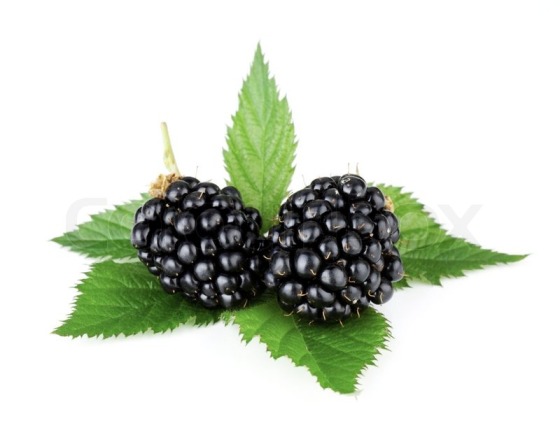 So we entered the gallery to explore the ways in which various paintings and sculptures brought out common themes and common techniques in the way they presented the world.

We began with early Australia, the way in which John Glover’s landscapes present a vision of nature that was like the garden of Eden. Australia was seen as a place unspoilt by the Industrial Revolution. This was a place where human beings could still live in relative freedom and in harmony with nature: 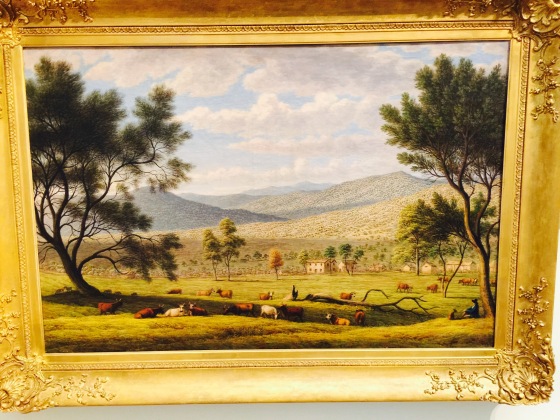 We then did our usual genuflection in front of the master of Australian prose, the man who brought the Australian idiom into currency, none other than: 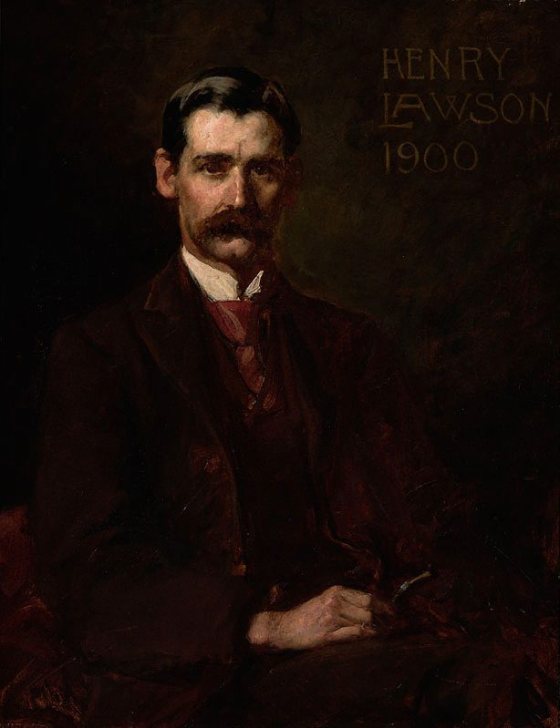 From here we did look at a whole range of other Australian painters, especially from the late 19th Century (Tom Roberts, Arthur Streeton and others) who brought the Australian sunlight into their canvases after having been taught (by the French) that painting out of doors was OK! Streeton’s Fire’s On Lapstone Tunnel  [incidentally- please note that most of the NSW Gallery holdings are available from their web site- with full descriptions!] is a fabulous study expressing visually and symbolically the contrast between man’s destruction of the environment and nature left intact. This is a wonderfully relevant painting in the context of our current ideas about conservation: 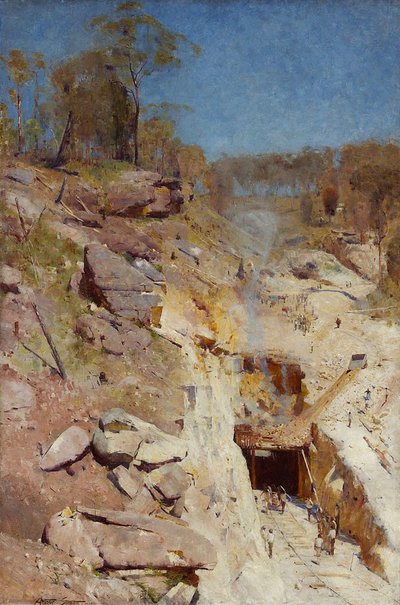 From here we moved into the 15th and 16th Century European Rooms to explore scenes that would show us what Shakespeare saw as he was composing his plays. Here is a scene that seems to come straight out of As You Like It: 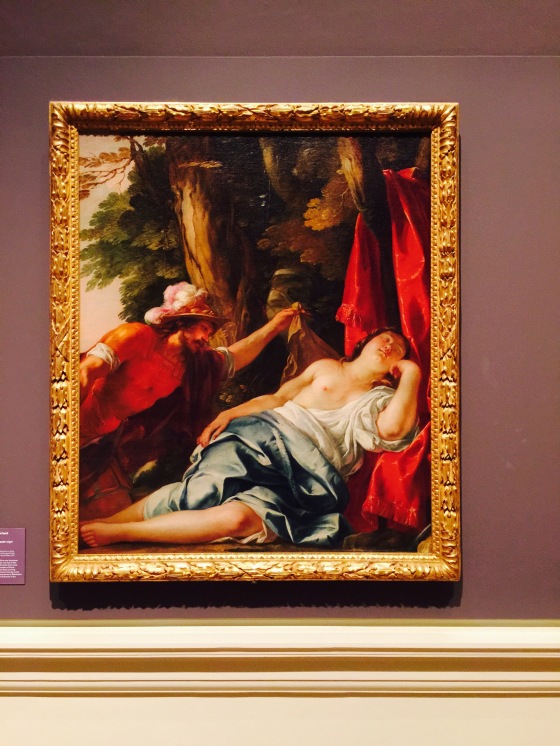 This painting of the God Mars with the Vestal Virgin (who will shortly hereafter conceive Romulus and Remus, the founders of Rome) has all the colour, sensual interest and belief in the power of nature, that you find in Shakespeare’s pastoral plays. See the gallery description for a full run-down on this amazing work.  In the same area of the gallery we saw such impressive images of Dukes who could also have stepped right off the page of As You Like It. Here for example is Duke Frederick: 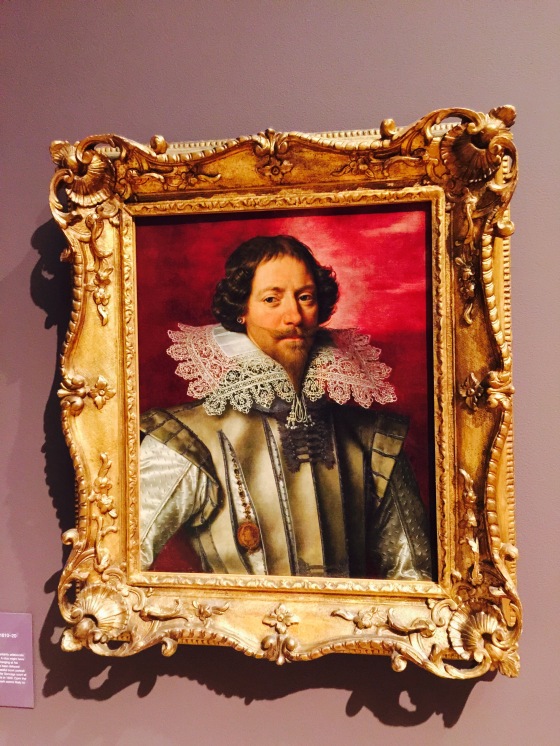 And here is that amazingly well preserved Renaissance Plate depicting the Sack of Rome (the 16th Century equivalent to our 9/11 disaster). Many took this even to be like the end of the Christian World: 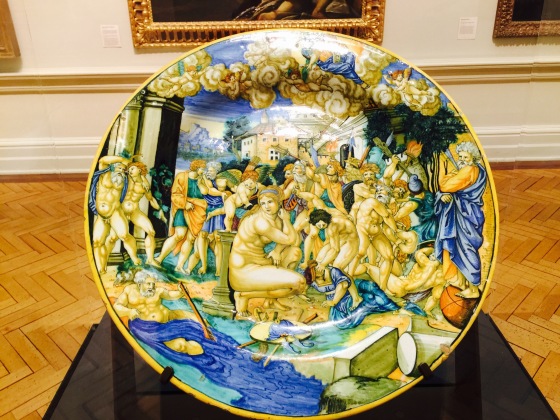 You can read all about this amazing work right here.

As You Like It is also concerned with the value of the country as opposed to the city and the court. The Renaissance was full of images that showed just how relaxing and renovating the life in the country could be. You will remember in the Bell Shakespeare production of As You Like It how the air became flooded with flowers when Rosalind, Orlando and Duke Senior meet in the forest. Here is one of the great artists of pastoral Landscapes Claude Lorraine. Shakespeare surely would have understood well the tradition from which this painting arose: 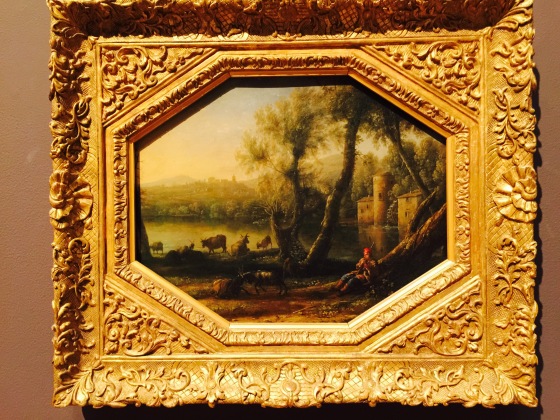 Check out the details for this painting right here.

We then fast-forwarded from the 16th Century to the 19th Century, the time in which the Western World was being overrun by the Industrial Revolution. This was a time when artists and writers did one of two things. They either escaped from the present into the distant, safer (perhaps) past. Such a painting is this wonderful painting by Ford Madox-Brown Chaucer [father of English poetry] at the Court of Edward III. Chaucer is probably reading from his Canterbury Tales to an audience who only seem vaguely interested. They seem to be getting on quietly with their happy lives! 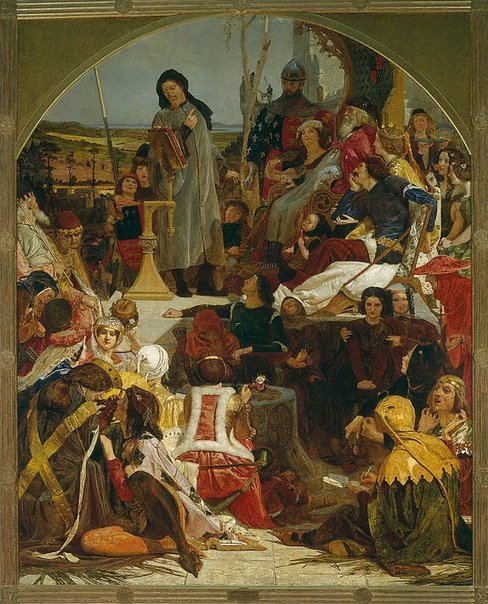 Or, 19th Century artists and writers confronted head-on some of the horrific aspects of living during the industrial age, a time when the working class were horribly exploited by those who had money. Here is one of the illustrators of Charles Dickens’ work Luke Fildes, with his devastating picture of the widower comforting one of his dying children: 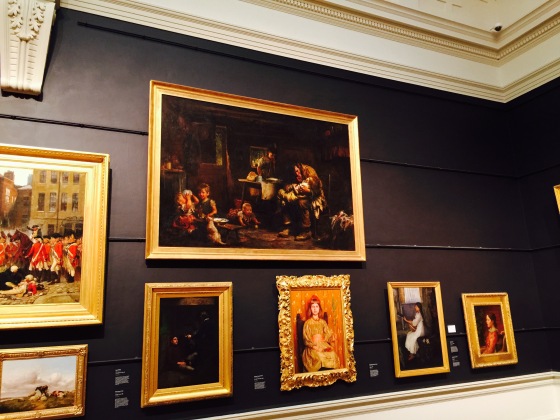 You can see a better copy and read all about this image right here.

Finally we moved into the late 19th and early 20th Centuries to look at the ways in which artists, like modern writers were becoming much more concerned with the inner life of their subjects rather than the outward show. Auguste Rodin, the French sculptor is precisely such an artist in his depiction of these 6 Burghers of Calais a few moments before their execution. Rodin was interested in the way human beings deal with such moments of extremity. He was interested in what was going on in the soul of man. One could say the same especially about Kate Chopin, but also about Tim Winton and about Ernest Hemingway. Here are Rodin’s Burghers. Click on this link for more information. 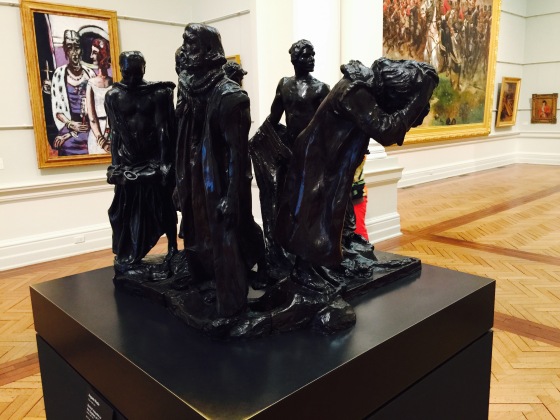 The final work we looked at was Vincent Van Gogh’s Head of A Peasant which like Rodin, shows a deep fascination with what is going on behind the face, in the soul, rather than just the external features: 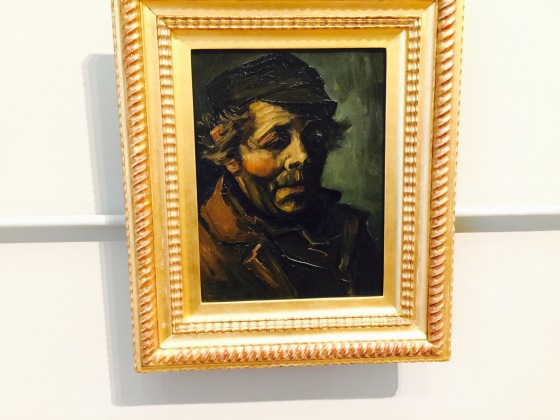 1. Can you now say how the study of literature is helped by an awareness of the themes, ideas and methods of the visual artists?

2. Choose any one of the art works we focussed on in the tour this week and describe the work of art in as much detail as you can. Notice especially how your words are trying to capture the ingredients of paint. (think back to Galway Kinnell’s experiments with this)

1 comment for “Clemente/Catalyst Students Go the NSW Art Gallery: The Links between Literature and Art!”