I just happened to run into Carnegie Hall on a walk the day before yesterday and wondered how good it would be if a concert were on there. I do know that Carnegie Hall is one of the most famous music venues in the world and that it has the best acoustics of any hall anywhere.

I found that I could get a $15 ticket for tonight Monday – with no idea who the musicians were. They were the Annie Moses Band. (CLICK)Was I suprised when the stage filled up first with a massed choir of around 200 men and women (some black) and then a full, large orchestra complete with two sets of percussions. Only after this did there come on the Annie Moses Band. Who are they: amazingly they are a family of 6 – all siblings: three men (cello, violin & electric guitar) and three women (violin, violin/banjo/uke/, harp/keyboard).  The lead singer Anne Dupre gave a vivid portrait of how they had grown up in a musical family, how they had all gone to the Julliard School of music in New York, but how an uncle had told them while they were really good musos, they ought to embrace the American folk tradition along with their classical brilliance. Their mother was in the audience and was given a loud applause.

More astonishing still was the program. It was in fact a musical history of American from the early settler days to now. They began with a  Blue Grass version of Rhapsody in Blue by George Gershwin and then launched into wonderful favourites like “Simple Gifts”, “Summertime” and “Hoedown”. At one point they played a traditional song celebrating the expansion of colonial pioneers out west- in the song “Go West, Pioneer”. Then to the surprise of everyone they followed this with “Cherokee”, but introduced this by telling the audience that they now had to tell the story from the other side, from the side of those families who were pushed out by the invaders… and do you know what? they quizzed the audience – and answered: our great grandmother, named Annie Moses WAS A FULL BLOOD CHEROKEEE!

Here is the program for the event: 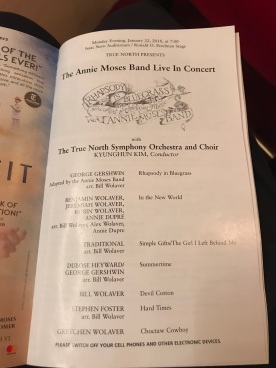 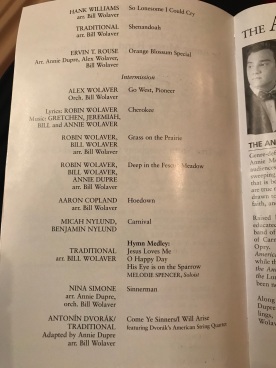 This event would have to be the best thing that I have experienced in New York this week- such a flook that I got there, but such a privilege to experience this wonderful music, I will be looking out for recordings of this amazing band.

Here are some glimpses of Carnegie Hall tonight: 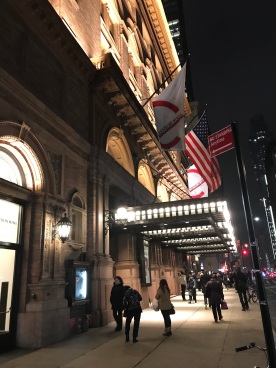 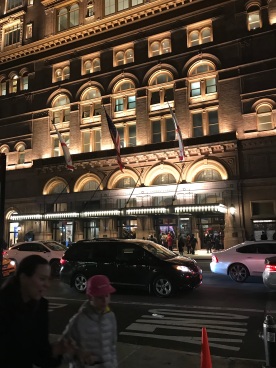 Here is the interior stage filled up with chorus, orchestra and the six siblings ( all in their late 20s/ early 30s- I guess) 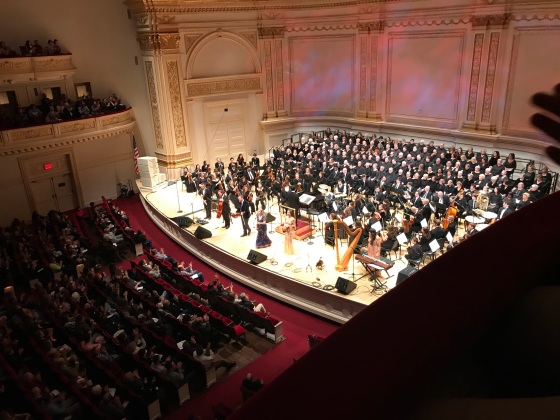 We were advised that there would be no photography, but videos were flashing around me so I dared to pull out the dreaded weapon at the very end as they were leaving the stage and then lo and behold they came back and did a 30 second encore. You don’t hear the whole choir in this, but it gives a taste of the event (end of concert + encore)” ENJOY!

One other salient detail of the evening was that I (and everyone) noticed around a dozen really young players in the orchestra and the choir (these were under 10 years old). We were told half way through that the Annie Moses foundation is committed to helping young talented musicians break into the music scene and through this make the world a better place. There was a standing ovation when this was announced. You can read about this impulse on their web site: https://www.anniemosesband.com/

On the way back to the hotel the city took on a mysterious aspect with low clouds coming in over the tops of buildings and the churches. Here are a few glimpses of the city at night: 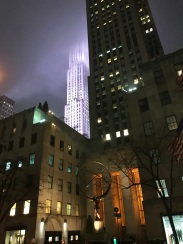 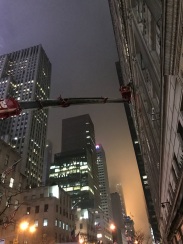 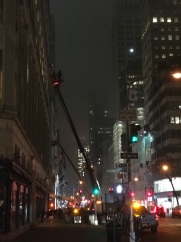