Today was the day that our illustrious group of students put their bodies, hearts and souls into dramatizing aspects of William Blake’s life and work. It was a wonderful display of how Blake’s ideas and life stories have touched the hearts of these young students. Their environmentalism, their concern for social justice and their care for the outsider were all evidenced in this wonderfully diverse set of performance pieces many of which had been written as play scripts from scratch.

Most memorable was the performance which included a dramatization of William Blake’s thoughts on the philosopher Diogenes who was, for Blake, the archetype of one who has reduced their life to complete simplicity. Diogenes was in many ways an image of Blake himself seeking to transform the world from its selfishness and greed. Also powerfully evocative was the performance of Blake ejecting the soldier Schofield from his garden. This brought into focus so much of Blake’s politics and his concern for an England ruled by those who were not insane! Fabulous also was the newcast which explored aspects of Blake’s social and environmental concerns through his songs of innocence and experience.

Thank you all! Click on each image for an enlargement!!!

This was a great launch for my own expedition today! to The Tate Gallery in London for the exhibition of Blake’s work. Simultaneously I will be giving a talk at the London Blake Society on Blake’s impact on the Antipodes: 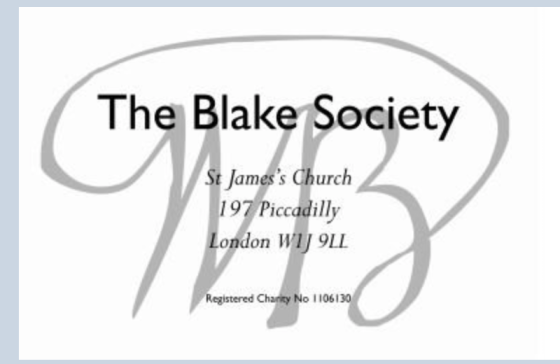 See you all when I get back….