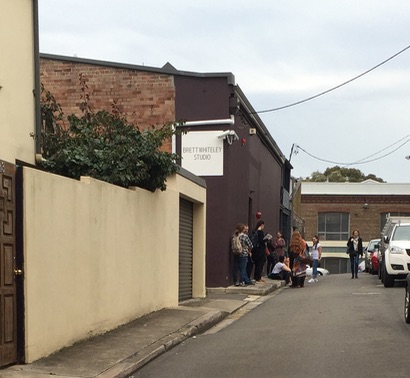 What an amazing morning and early afternoon was had by us all today, starting in 2 Raper Street at the Brett Whiteley Studio: we saw him walking down this very street in the film viewed last week! To travel through Whiteley’s transformative imagination, through the birth canal that produced that shock of ginger hair, on down the eye beam that absorbed Blake’s grain of sand, out into the universe of stars and then across the horror’s of the world stage during the Vietnam war period and on through the amazing bird-filled grass lands of the Australian bush crowned both with an actual human brain and a lyre-bird singing 16 songs simultaneously, and when you put your eye onto the lyre-bird’s eye you see your own eye staring back at you 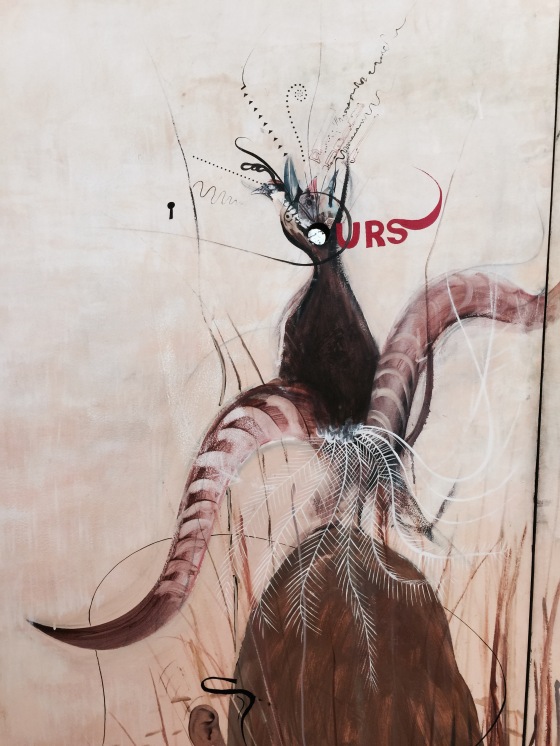 and then on to the ritual suicide of the Japanese writer who committed ritual suicide (seppuku) having decided the gap between art and action could only be closed in this way…. and on to William Blake’s transformation of the Job story into a vision of how religion needs to move away from theological formulations and moralistic judgmentalism to an open-hearted acceptance of the immense mystery and wonder of creation and towards an inner experience of the sacred 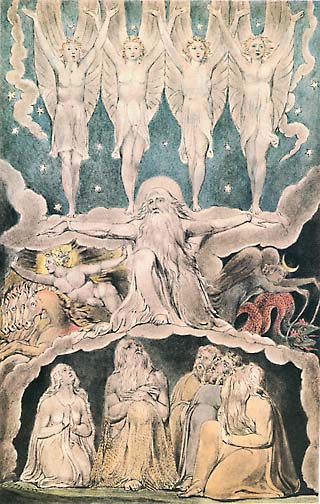 …. all this in around 3 hours… followed by a wonderful conversation about Whiteley, Blake and Religion… and thank you Lachlan Warner for dropping in and sharing your Whiteley, Patrick White and Manoly’s dogs stories with us over lunch.