“From as early as 1881 … literary London was put out of countenance by this outrageous Irishman … who declared he was a socialist and hinted he was a homosexual, while patently mocking wise saws on all subjects. He declined, in a public and ceremonious manner, to live within his means, behave modestly, respect his elders, or recognise such entities as nature and art in their traditional apparel.”

No wonder late Victorian society wanted to put down the voice of this man, daring -like Mick Jagger– to flout the conventions of his day. Wilde had courage and determination to be himself, to show that being oneself was an act of defiant intelligence. In this quest Wilde was also profoundly aware of how the poverty-stricken in London, in England were disempowered. Wilde was, like Bernard Shaw a socialist as well as a humanist. His story “The Happy Prince“ shows powerfully how concerned he was with the well-being of those who were poverty stricken. Wilde also wrote an essay “The Soul of Man Under Socialism“ (1890) in which he advocated the abolition of private property and of the kind of charity that makes the upper class feel that they are doing some good:

We are often told that the poor are grateful for charity. Some of them are, no doubt, but the best amongst the poor are never grateful. They are ungrateful, discontented, disobedient, and rebellious. They are quite right to be so. Charity they feel to be a ridiculously inadequate mode of partial restitution… usually accompanied by some impertinent attempt on the part of the [giver] to tyrannise over their private lives. Why should they be grateful for the crumbs that fall from the rich man’s table? They should be seated at the board, and are beginning to know it.

This reminds me strongly of William Blake’s take on the attitudes of the middle class earlier in the nineteenth century:

Pity would be no more

If we did not make somebody Poor:

And Mercy no more could be,

If all were as happy as we… “The Human Abstract“ 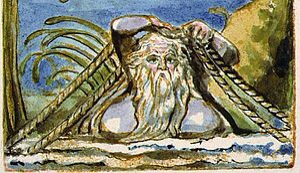 Bernard Shaw’s views on exploitation are clearly in this same tradition. In Mrs Warren’s Profession Shaw looks at the incredible complexity of his protagonist’s position, but ultimately lays the blame at the feet of the two-faced society that produces and allows such a figure as Mrs Warren to survive. In his “Preface” Shaw wrote that the play “was written in 1894 to draw attention to the truth that prostitution is caused, not by female depravity and male licentiousness, but simply by underpaying, undervaluing, and overworking women so shamefully that the poorest of them are forced to resort to prostitution to keep body and soul together”. It is worth reading Germaine Greer’s attack on Shaw in The Guardian in which she clearly doesn’t acknowledge Shaw’s purpose in writing this play.

1/ Write a short film review of any film version of either The Importance of Being Earnest or Mrs Warren’s Profession. Pay special attention to the casting of characters.

2/ Write a letter to either Wilde, Shaw, or Mick Jagger, commending them on their capacity to give the staid middle class world a good shake-up.

3/ Write a letter to Germaine Greer telling her how she has clearly missed the point of Shaw’s Mrs Warren.

4/ Create a digital mini-kit that draws attention to the socialist common-ground between Shaw and Wilde.

← An Event Not to be Missed: Grounding the Sacred in Literature and the Arts at ACU July 23-26th
Han Solo & Princess Leia visit Oscar Wilde and Bernard Shaw →

1 comment for “Wilde, Shaw, Jagger and the Challenge to a Dysfunctional Society”